If you follow social media and are a big fan of memes, then I am pretty sure you got to know about “Dogecoin” or maybe came across this word through it, right?. Cryptocurrencies have been gaining a lot of popularity in today’s generation and the most well-known crypto is the Bitcoin. Dogecoin, also a crypto started gaining recognition by the end of 2019 and was popularly known as a meme coin. Because of its rising popularity even billionaire entrepreneur Elon Musk bought Dogecoin and has made several tweets in the favor of this cryptocurrency.

What is Dogecoin (DOGE)

Initially started as joke, this cryptocurrency Dogecoin has gained immense following and has established itself as a legitimate investment prospect. It is treated as an altcoin which is an open-source decentralized cryptocurrency. It was developed by software engineers Billy Markus and Jackson Palmer and first introduced in on 6th of December, 2013. By May 5, 2021, it reached a market capitalization of over $85 billion. There is a face of Japanese breed of dog called Shiba Inu from the “doge” meme as its logo.

In just 72 hours Dogecoin jumped nearly 300% in value on 19 December 2013. But on December 25, 2013 millions of coins were stolen during a hack on cryptocurrency wallet platform Dogewallet. People with Dogecoin have mainly used it to tip the content creators and for raising funds for charitable causes. its real-world use has been limited. The price of Dodgecoin has always been in a “rise and fall” situation 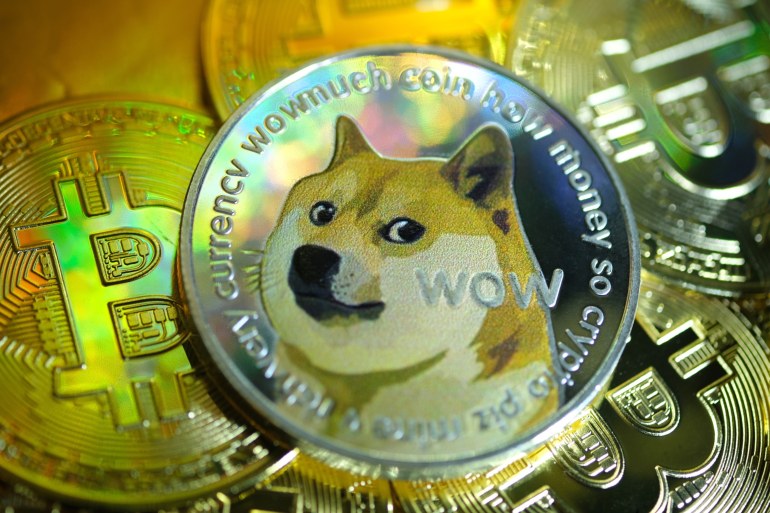 The Reason Behind The Rise In The Price OF Dogecoin In The Past Year.

As said above that the price of this coin has always been fluctuating. In the beginning of 2017 the market value of this coin was $20 million and by the end it had fallen down to $ 2 million and then seemed to remain stagnant. But it is seen that in the past 1 year the price of the coin has been increasing. There are two main reasons behind it- Elon Musk’s constant tweets and the second is reddit users. 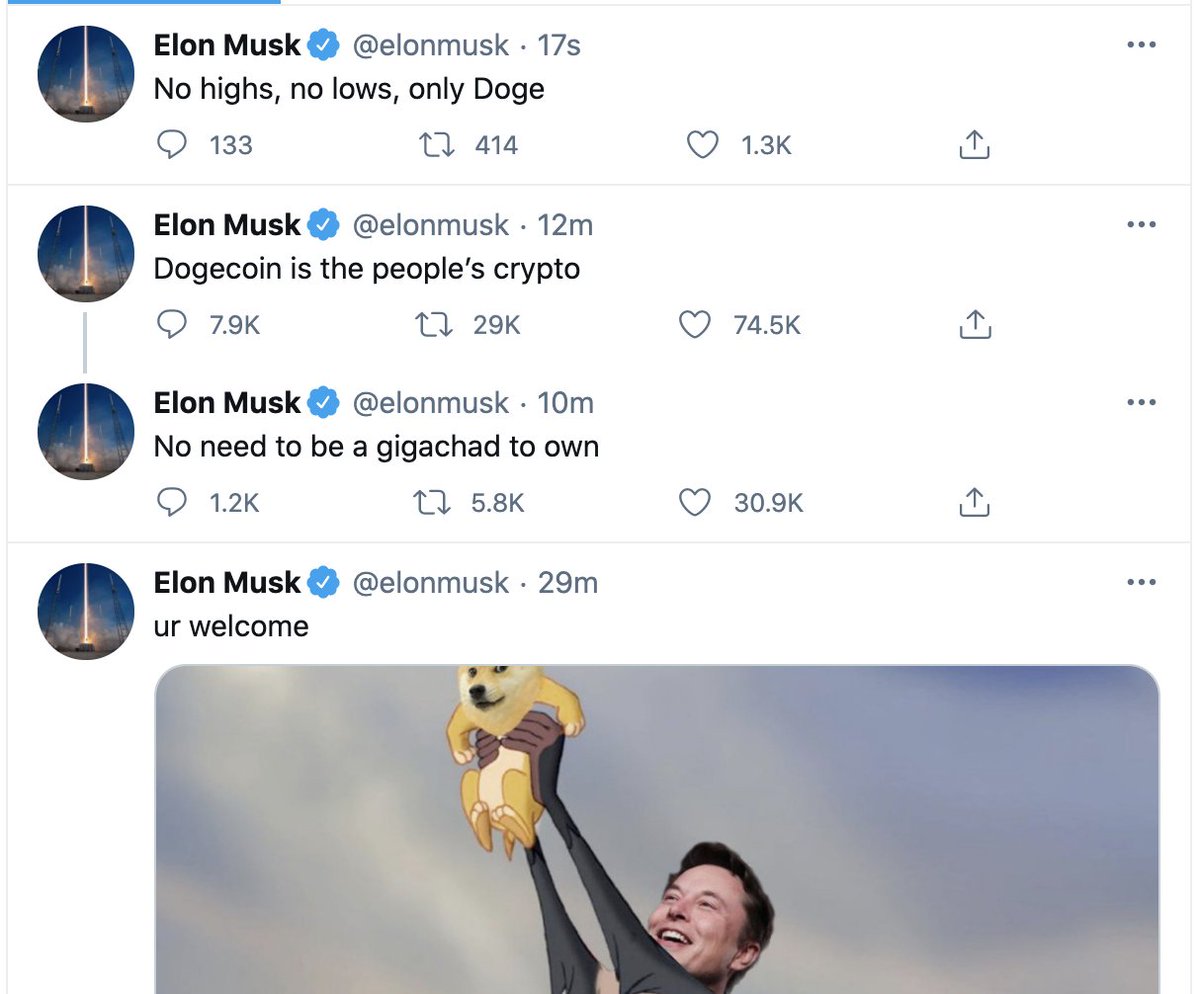 The current price of dogecoin is running at $0.31, but the two Reddit groups, Wallstreetbets and Satoshi street bet have been targetting to raise the price to $1 per coin. In achieving that they have formed a community and being united they are purchasing Dogecoin, and planning to sell it until and unless it reaches $1. 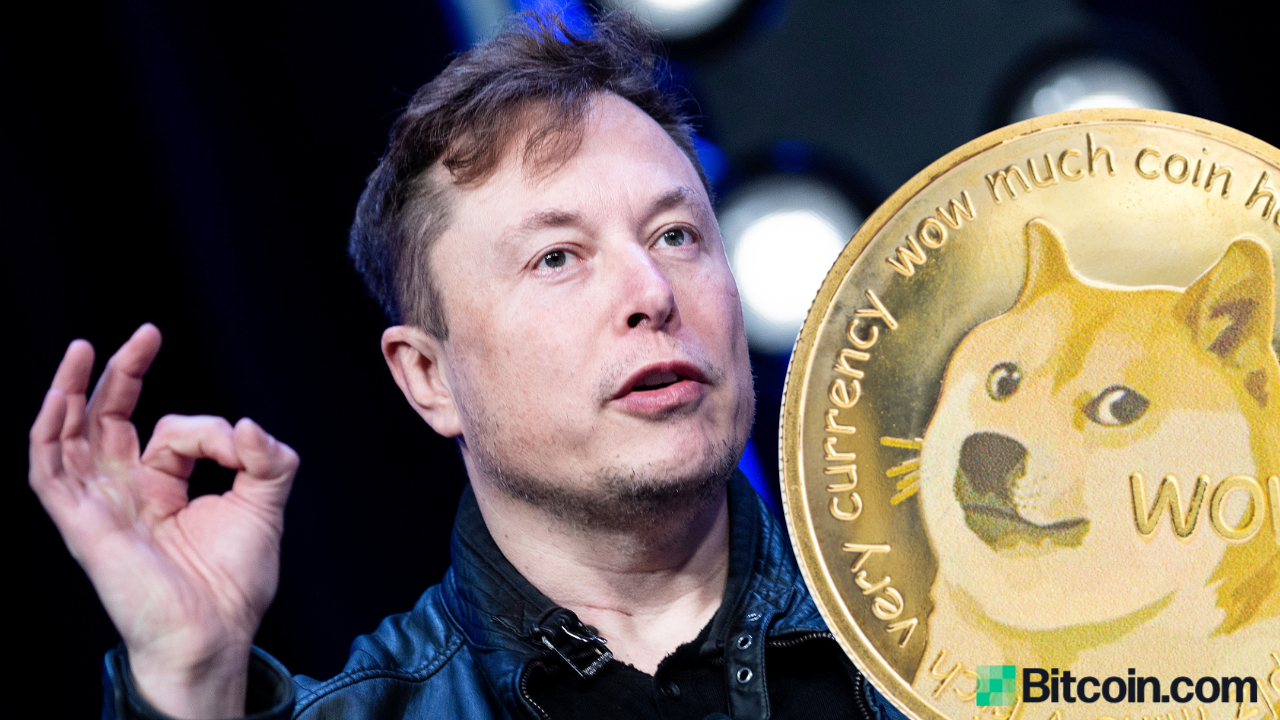 According to an analysis its qyuite difficult to predict the price of currencies especially Dogecoin because they are more volatile than any other cryptocurrencies due to no use case but due to the fact that Eon Musk is constatly tweeting about it the proce may increase in this year. On 8th May the price of the coin was at All Time High (ATH) $0.74 . But by July 20, the prise plunged down to $0.16. It was running low until the end of september when it rose again to $0.24