Jujutsu Kaisen Chapter 167 Release date, Recap, and Everything You Need to Know

Jujutsu Kaisen is back with another epic storyline! With more power, causalities, and stronger demons we get to see more and more of crazy fights. With more heart breaking, relatable, powerful demons coming forward we have a roller coaster of emotional and physical clashes! Let’s get right into the details.

Watch the video for more insight!

Jujutsu Kaisen was meant to air on 28th November 2021. But, due to some reason it is announced that it will be airing on 5th December 2021. As we know that Jujutsu Chapters releasing usually in morning phases of the day in many countries we can expect the same for chapter 167.

As of now it is not known why there is a delay in releasing date. Considering Jujutsu Kaisen’s fame and the pressure of putting forward a top notch and precise article can result in revisions. Covid-19 is till there and with new variants coming we can expect Kaisen’s team taking measures. This can ought to preparing for future problems and to keep the manga production running.

In chpater 166 we see more of Higuruma’s past. Since he believes Yuuji Itadori should not feel guilty he hears him out but they do engage in a very fierce battle. It can bee seen that Higuruma understands and feeels the same way as Yuuji. We might see more of this duo in the next chapters but they argue since Yuuji strongly feels he is guilty for the massacre.

“Tokyo no. 1 colony part 6” is the name of the chapter 166. Higuruma‘s past, Megumi’s intense, Yuuji being convinced he is guilty – are the main key areas in this Chapter. First let us a little deeper into Yuuji’s feelings regarding the massacre. We know that he feels guilty about the huge killings but he needs to remember that the power of Sukuna in him is growing.

Yuuji is by default feeling that he is the only one to be blamed. But he is only one so far who has saved Sukuna’s finger being consumed by the monster in the beginning. And he is only living vessel the world knows of. He does feel like he deserves to die but at the same time he wants to completely destroy Sukuna. That is only possible when all the fingers are eaten and Sukuna is executed. So this can be the only explanation he fights with the Judge and not die. 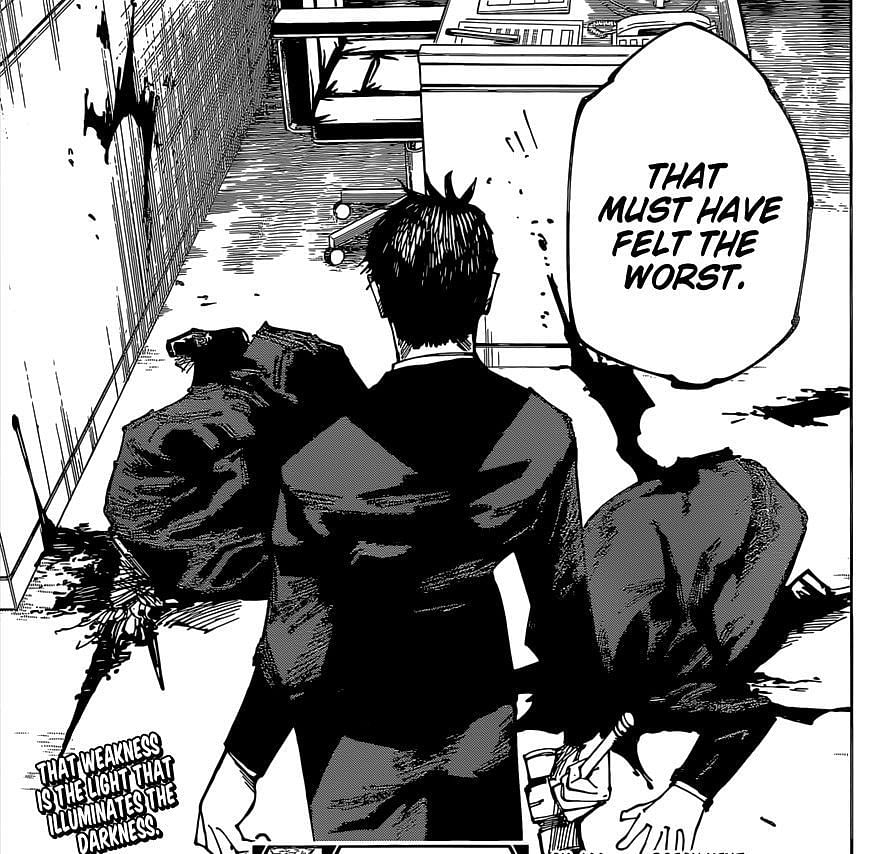 Higuruma nosedives into killing Yuuji since he primarily accused of being convicted. Since Itadori accepted him being the criminal, it sparked curiousity in Higuruma. Yet he attacks Itadori with Judge’s hammer which has turned into Executioner’s sword. He learns about the reason, accepts it, and explains as to why Yuuji shouldn’t feel guilty. It is all the fault of Ryomen Sukuna. In the end of the chapter, we see Higuruma linking his past pain and asks Itadori that if he had ever killed someone. Yuuji replies yes and we cut to the scene above.

Higuruma can be seen as being totally firm on his views regarding the humans and those who are guilty. He believes that every human has flaws but that is the very fact he despises.  He knows that those who are convicted might have a good heart and values. Yet it is the flaws that overpowers the goodness. 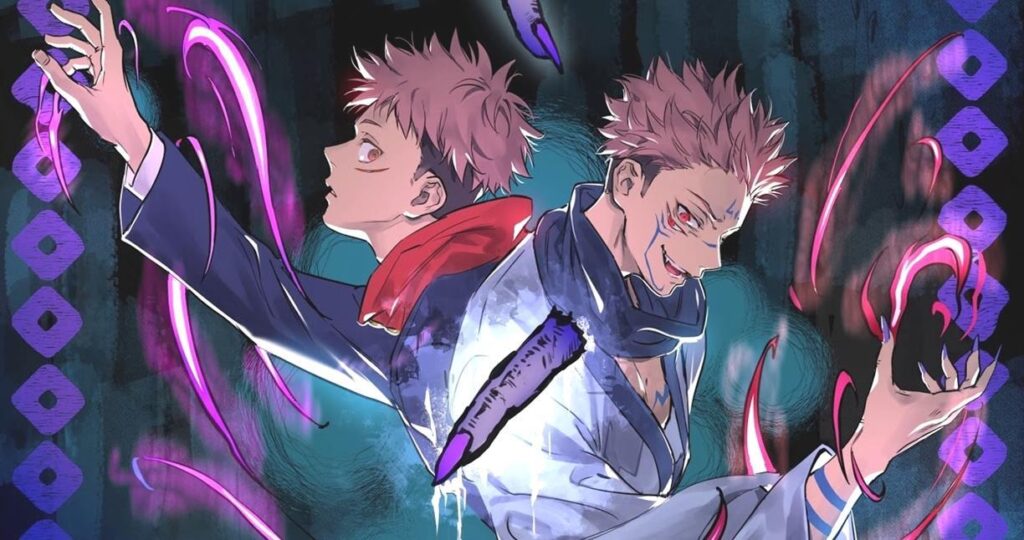 He also feel that there is only darkness in someone. Even if you find a light, it will soon be consumed by darkness. This makes him take decisions completely without any discrimination in his judgement. This philosophy is probably the characteristics that touched many hearts. Although remember that he stayed a lawyer to help those who are wrongly convicted.

Stay with EveDonusFilm For More Updates.