If you missed the trailer of this amazing series! Watch it below

Episode 2 of Harry Potter : Hogwarts Tournament Of Houses Season 1 is titled as Ravenclaw vs. Slytherin. This episode is set to air on December 5, 2021. Since this show airs weekly you can catch the show on every Sunday at 8pm ET. You can watch the series on TBS website and their app. The show is also available on Hulu, Sling TV, YouTubeTV, etc. You can stream the series on HBO Max as well!! 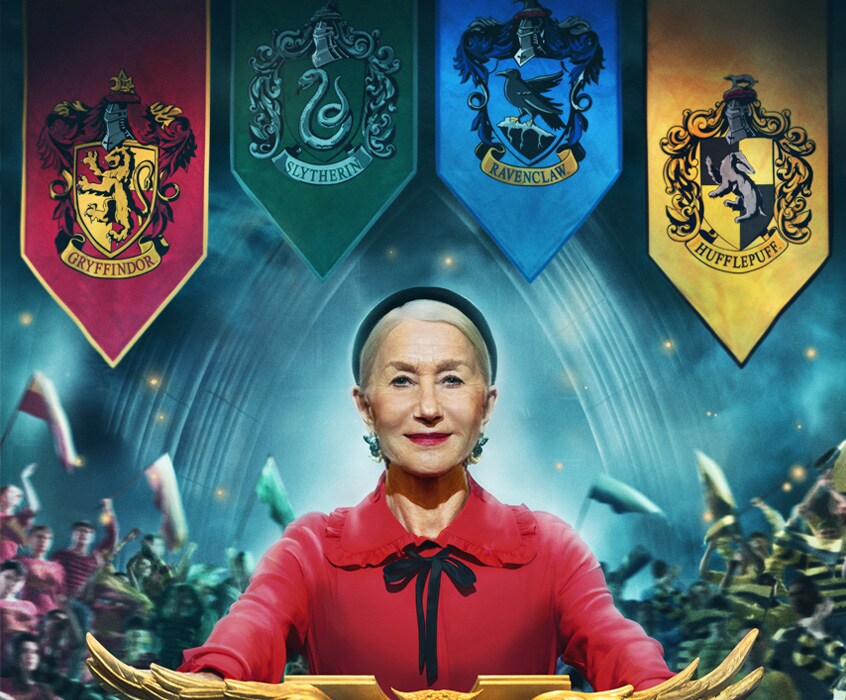 Summary of Episode 2 : “Tonight’s battle of the Hogwarts houses sees the wise and witty Ravenclaws go up against the proud and ambitious Slytherins in a test of wizarding world knowledge. Only one team can claim an automatic place in the Grand Final. With Guest appearances and classic Potter movie moments this is another historic night in Hogwarts history.”

The first episode set in motion an amazing competition for Potterheads all over the world. Amazon Prime has lead the series into being most anticipated by Harry Potter fans all over the world. This mini-series separates competitors into either Hufflepuff, Slytherin, Ravenclaw and Gryffindor and lets the teams battle each other in a game of trivia for a chance to win the House Cup Championship.

Guess who is hosting this series? Helen Mirren!! Well, granted that she wasn’t a part of Harry Potters but she has taken the role of Mistress of Ceremonies. She will hoisting for the full 4 episodes! The first episode was about Team Gryffindor versus Team Hufflepuff! 3 participants represent their team. Sofia, Trey and Brittany represent Gryffindor and Adriana, Luke, David represent Hufflepuff. 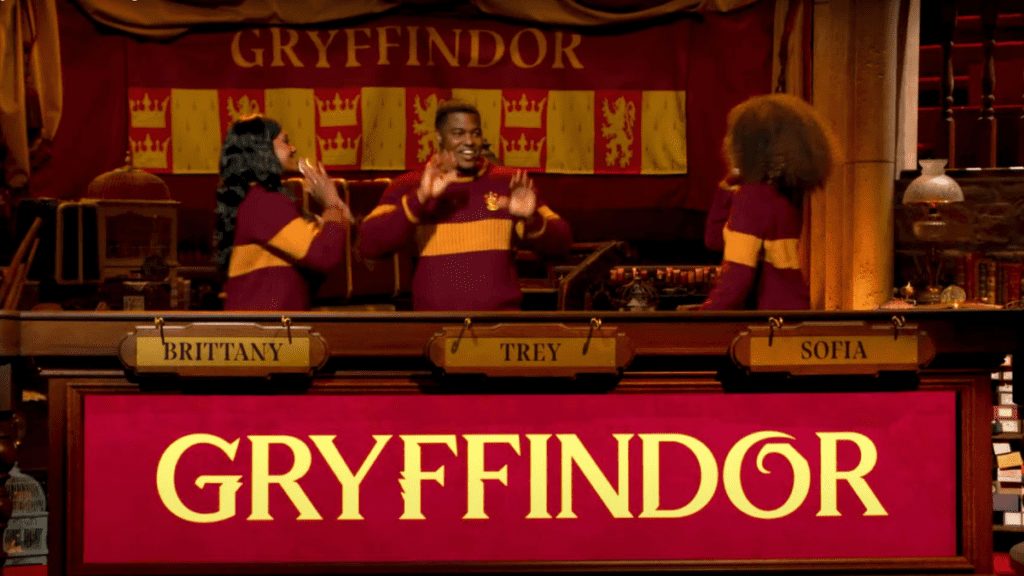 There are 4 rounds which will take place in the game. The rounds are as follows: The World of Harry Potter, The Dueling Club, The Department of Magical Games and The Golden Snitch. The episode started with why they love Harry Potter. What were all the things that actually made them a potter. After being a Potterhead, what drove them to be Gryffindor pr any other house they chose to be in!

In the first episode, there were film clips, quotes from the films, books which were asked. We even saw a few Harry Potter members ask questions. And the format was in Multiple Choice Questions. But only one team can mark it’s place in the Grand Finale

This is all such greatly planned!! We will be celebrating the anniversary of the first film, “Harry Potter and the Sorcerer’s Stone.” this coming days. And we might see the reunion of the cast as well as production members on the show! A crazy night for those in the game!

We might see Daniel Radcliffe, Rupert Grint, Emma Watson, Chris Columbus and many more of the cast members. Well let’s keep our fingers crossed and may the best house win! Visit the above mentioned sites and play along with players to test your knowledge as well!