“Kingdom” is one of the very famous Japanese manga series. Written and illustrated by Yasuhisa Hara, it was first published in January 26, 2006. It gained popularity within the premiere of just a few chapters. This series got so much appreciation which made its anime adaptatio absolutely necessary. The three season anime series aired from June 2012. It hasn’t been long enough since the Chapter 701 came out, that the series has announced the release of its next chapter. Yes! Chapter 702 is on its way. So if you want to know everything about it continue reading the article till the end.

Kingdom is a story that revolves around Xin and Piao who are war- orphans and are born during Warring States period of ancient China. They work as servants in a poor village in the kingdom of Qin. This is a story where they try fulfill their dream of becoming the ” Great Generals of the Heavens” and train daily.

The Chapter 700 ended with Kanki annhilating the people of Zhao. This chapter begind with the civilians of Zhao at Zhao’s capital grieving over their death. They are enraged and are already planning about the next battle to make the Qin soldiers suffer the same fate. The scene then shifts to Zhao’s Prime Minister who is having a meeting. They are concerned that the Qin army will take over Kantan as they were on their way to take over Bojou and Heiyou after defeating Kochou. 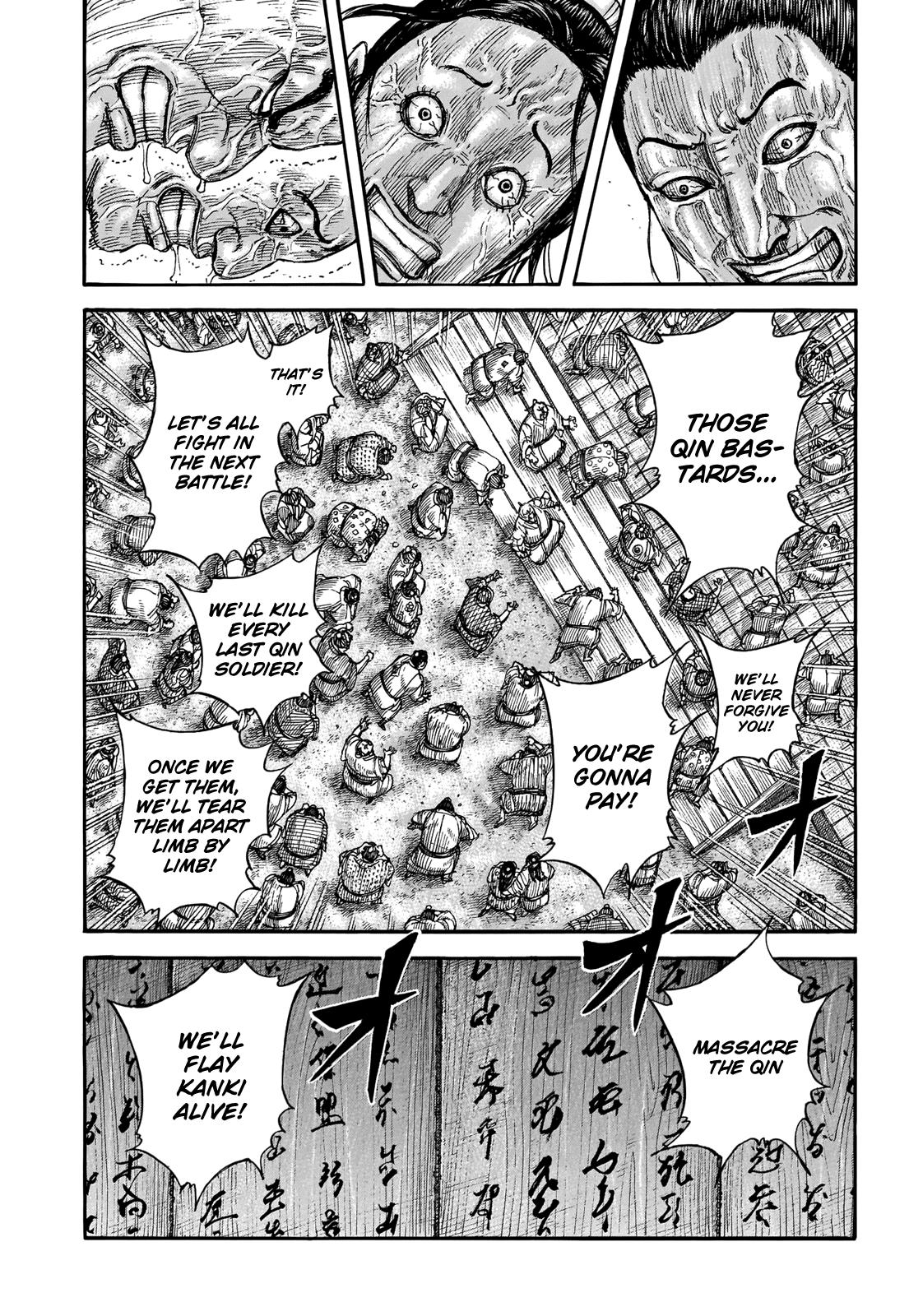 Kansou who is in the meeting says that their main worry should not be Qin army reaching Kantan but it should be the rich merchants fleeing Kantan along with its capital. And it is obvious if they flee the rest of the poulation will also leave. So he advices the Prime Minister to close the main gates fast. But Kansou himself was planning to leave and he justified it. 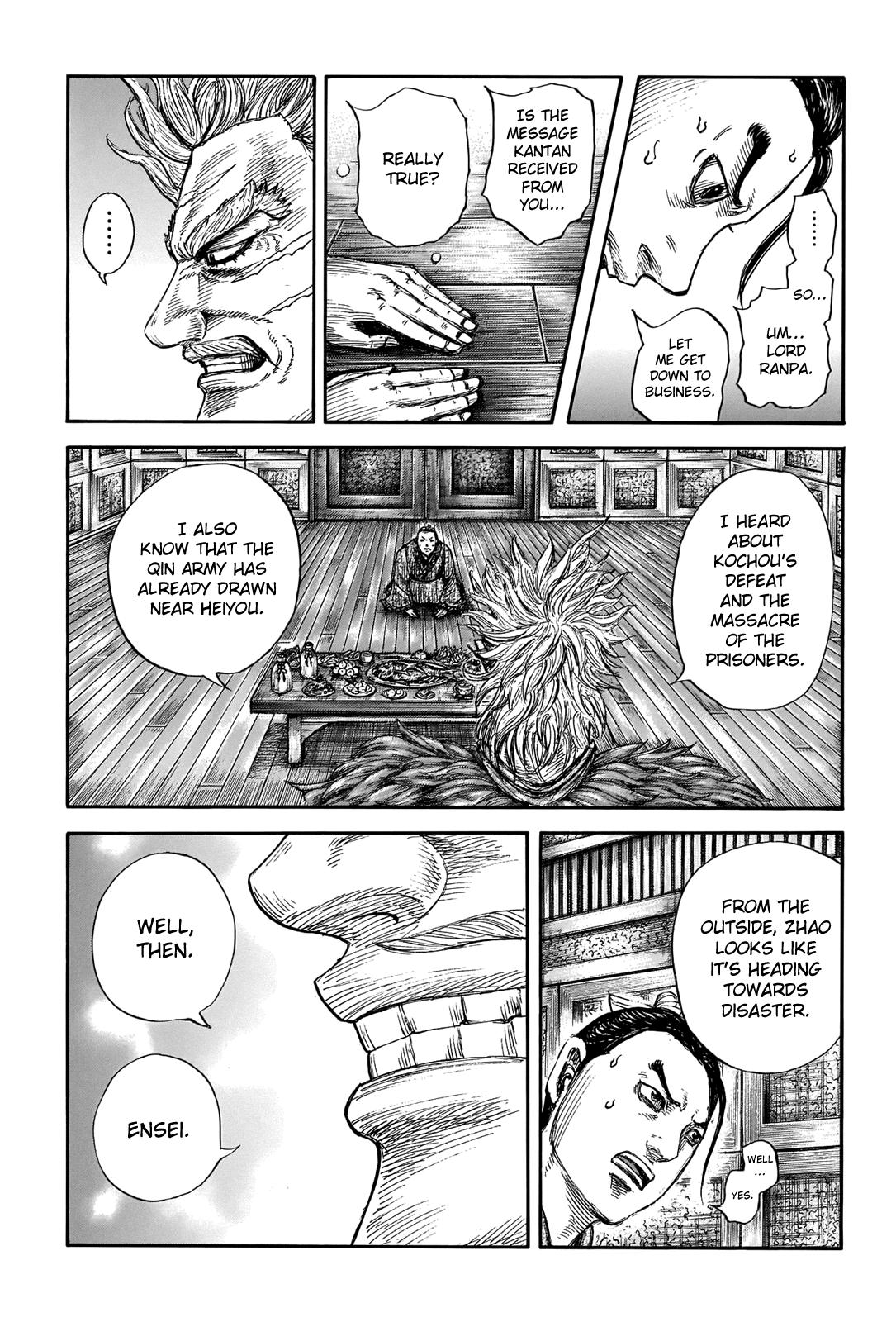 Then their topic of discussion shifts to whom they should apoint as the Commander- in- chief as Konsou is now dead. Meanwhile they receive the news of the Great General, Renpa’s return from the Chu. But, Konsou and Kaku Kai do not want him to return and so orders Ensei that Renpa’s return has been denied. Kaku Kai wants Konsou to get rid of Ensei since he’s causing a lot of commotion. By the end of the chapter we see Raiboku finally making an appearance and leading Zhou into a battle with Quin led by Kanki.

Kingdom manga Chapter 702 is scheduled to be relaesed on Monday, 6th of December, 2021. You can read the latest chapter of Kingdom on Viz Media and its English Translation can be found on To Love- Ru manga website. This chapter will also available on Shueisha’s Young Jump Comics. 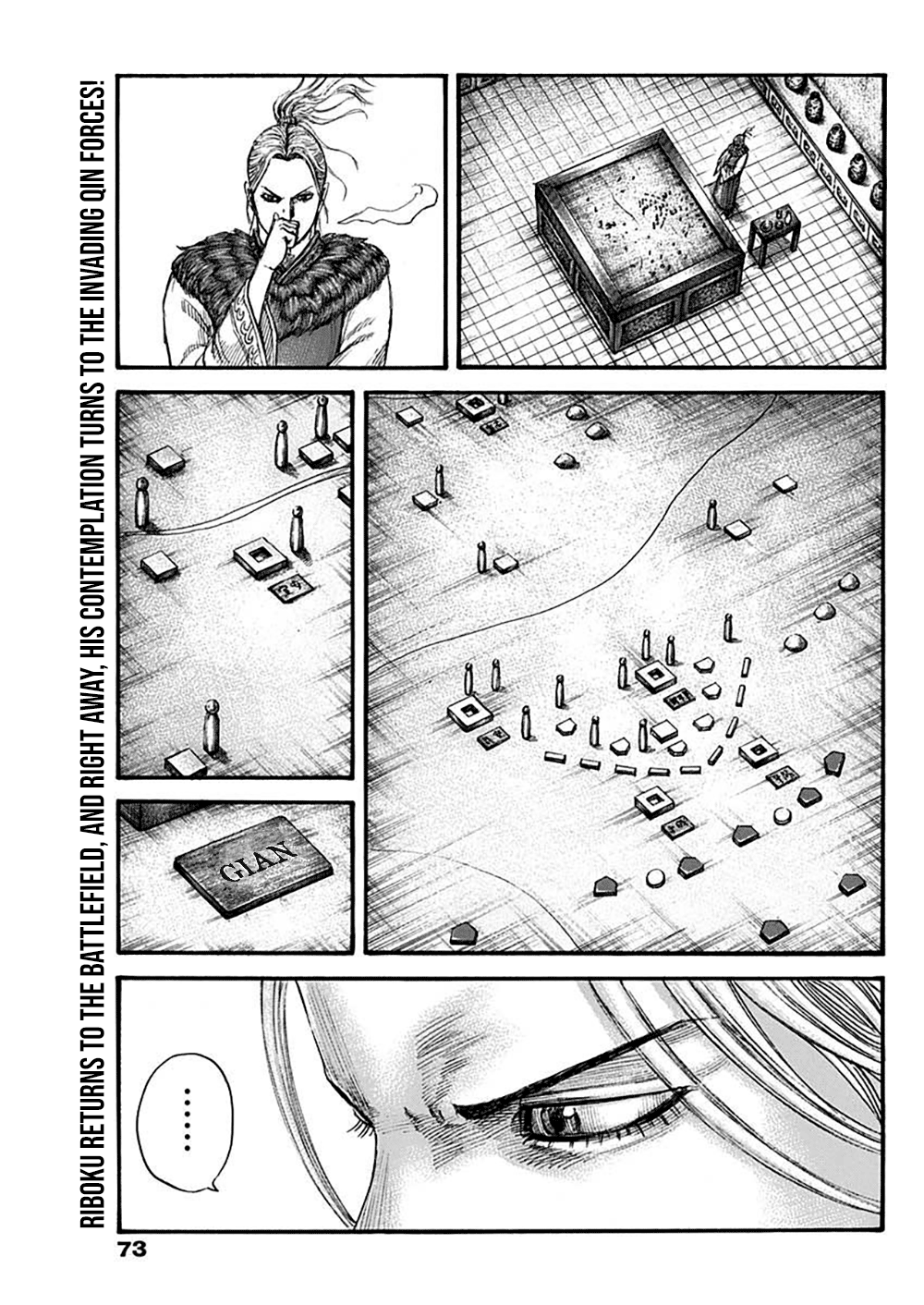 In this chapter we expect to see a fight between Raiboku and Kanki. Raiboku hasn’t slept for two nights as he is busy strategizing for the battle. He accompanied with Keine reach the northern area of Kentan. Meanwhile Kanki’s army reach Heiyou castle where Sei’s HI Shin Unit is celebrating New Year. His army begins surrounding the castle. But the main anticipation is about who will win the fight which can only be revealed by the release of this chapter.

Where To Watch Remake Our Life! Episode 6: Plot And Latest Updates