Haikyuu!! has amassed huge amount of fans since it’s initial release. On their 10th Anniversary they announced 10 new projects related to this franchise! Let’s quickly dig in

In case you are wondering where is the development status regarding season 5 watch the video below!

Well, all the fans were waiting for good news about Season 5 on the Jump Fest day! On 18th December 2021, Shueisha organized Jump Fest. It is an annual exposition in Japan. Basically an event, all about manga and anime popular with their merchandise, games, and more! But during this famed volleyball anime and manga, they surprised all their fans. Haruichi Furudate and the production team announced 10 new projects for their 10th Anniversary!

Till now, out of 10 projects 4 have been confirmed! Let’s see about them in depth.

Haruichi Furudate released and will be releasing more Key Visuals of the Cast for it’s 10th Anniversary, He has initially released Kenma and Kuroo’s visuals. They are Nekoma Teams’ setter and captain respectively. He released the pictures which is available below! Honestly it feels like a build-up to Season 5 as we see them. Kenma’s track is worn out and Kuroo is not in his gear.

Since they will be facing Karasuno’s team, this is them prpeparing for the most awaited match! Mr. Furudate will be releasing the visuals frequently. The compiled version will be available next year 2022.

They have also recently announced the “Karasuno High School Broadcasting Club” web radio. A short radio drama will be airing on this channel. This drama will focus around the day-to-day lives of each character. Haruichi Furudate will be the one writing the drama as well. It will be aired in 2022 via the CLub website.

3- A huge collaboration with the V-League

A Live Volleyball Match!! Between Karasuno and V-League. V-League is a Japan’s top-level semi-professional volleyball league which is therefor both men and women. It will be airing in August 2022. The poster for this project specially features Hinata and Kageyama wearing their Adlers and Black Jackals uniforms. And this couldn’t make the match more better!! 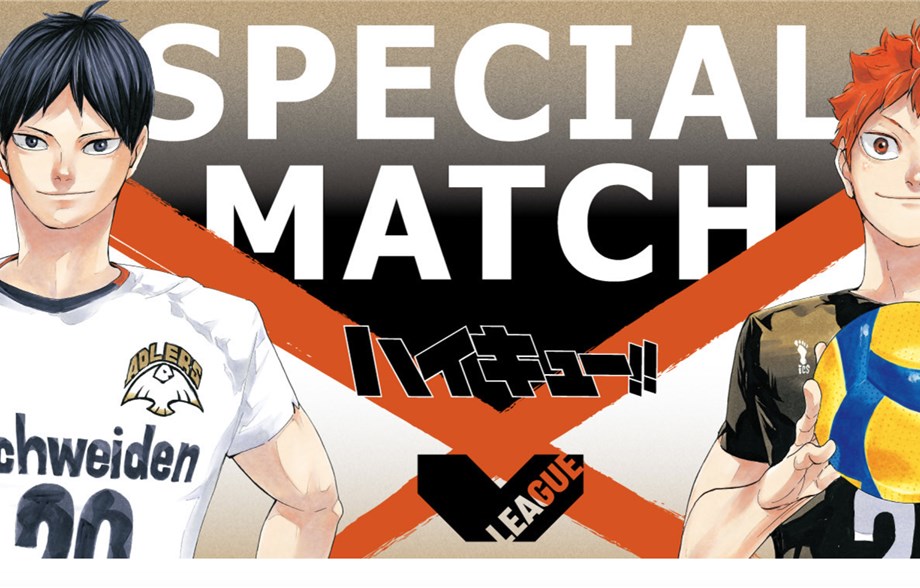 Now Now! A real exciting news for the fans!! An Exhibition FINAL will be held from February 16 – March 11, 2022. Many characters will be returning and new characters who are yet to debut. Characters like Sakusa and Hoshiumi made thier first appearances in the poster as well. Their twitter account will update about this regularly. And do no miss your chance to be a part of this Exhibition!!

Their twitter account will update regarding their next 6 projects soon!! Any more updates will be announced in future Weekly Shonen Jump issues and via the official twitter (@haikyu_com) in 2022!

Hell's Paradise: Jigokuraku Vol 12 Release Date, Plot, and Everything You Need To Know