Pokémon the Movie: Secrets of the Jungle—Another Beginning, Release Date and Everything You Need To Know

Pokémon the Movie: Secrets of the Jungle—Another Beginning : Release Date, Where to buy and Everything You Need To Know

In case you missed it, you can find the trailer for the super famed movie from which this manga is in Tie-up with. Find it right below!

Pokémon the Movie: Secrets of the Jungle—Another Beginning

The movie “Pokémon the Movie: Secrets of the Jungle” was released in Japan on 25th December 2020. They released the movie under the name Pocket Monsters the Movie: Coco. As a result of huge fame, Netflix released the film worldwide on October 8, 2021. This manga is a short tie-up with relation to the movie. They adapted the storyline with regards to the movie released.

We know that the story takes place three years before the events of the movie. Teruaki Mizuno writes this manga! Original Concept was proposed by Satoshi Tajiri, Tetsuo Yajima supervises it. Atsuhiro Tomioka and Tetsuo Yajima will be scripting this manga. Shogakukan released it first in Japan on December 25, 2020. And Kurokawa had released it in France on August 19, 2021. And now, Viz Media will be releasing this manga in US on February 8, 2022. 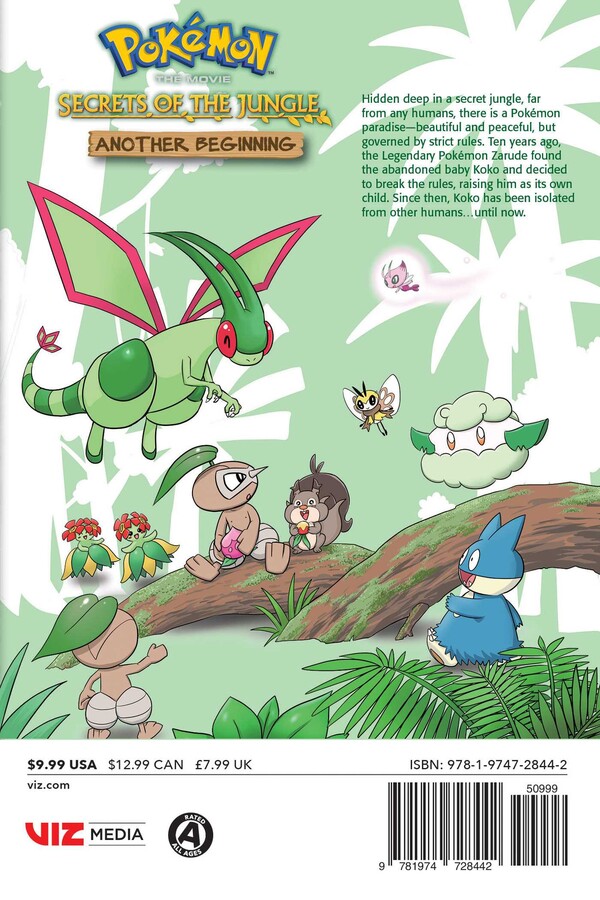 Synopsis: “Hidden deep in a secret jungle, far from any humans, there is a Pokémon paradise—beautiful and peaceful, but governed by strict rules. Ten years ago, the Mythical Pokémon Zarude found the abandoned baby Koko and decided to break the rules, raising him as its own child. Since then, Koko has been isolated from other humans…until now”. And as far as we know, the manga has 128 pages!! Stay tuned for it’s release!

Pokémon the Movie: Secrets of the Jungle Movie Recap

The story is set in the The Forest of Okoya. The Zarude are seen celebrating by stomping around their home. Their home which in a magnificient tree is next to a spring with magical powers! During one of these day, a Zarude finds a human baby crying. Unlike his tribe, he wants to take care of the baby. This results in their exile. They grow up! The Zarude is now Dada and the boy is Koko.

Ash and Pikachu meet Biotope Company in Milyfa Town. This company is analyses the spring’s power and is finding a way to put it to good use. Team Rocket is also nearby and remembering their failure counts. Due to ongoing trouble between Koko and Dada, Koko hurts himself and meets Ash. 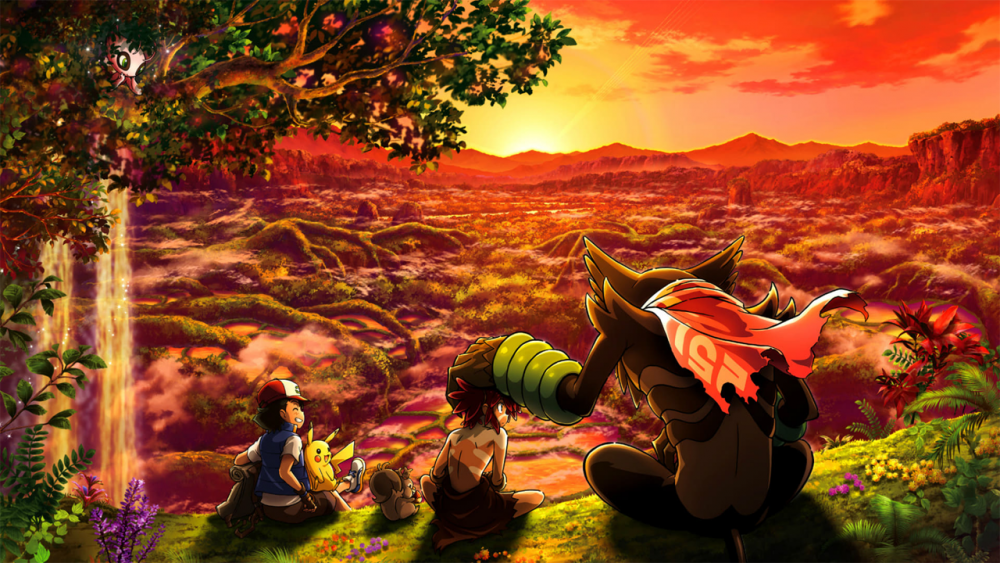 Dr. Zed, a lead scientist at Biotope Company is an evil admirer of the Great Tree. He deceives Koko and uses him to find the location. Koko and Ash with their Pokémon fights hard with him and Team Rocket. Evidently, Koko captures him and brings justice!